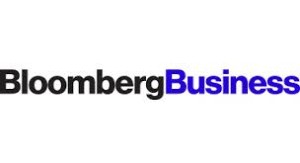 Bloomberg Business reports on the apparently inevitable consequence of the Bay Area housing crisis – people living in boxes. While renting modified shipping containers for residential use is obviously illegal, the founder of Boxouse would rather “ask forgiveness than ask permission”. And perhaps this amounts to conventional wisdom in a sharing economy that often does more to “disrupt” the enforcement of regulations than create value through creative destruction.

Bloomberg notes that Boxouse’s “cargotopia” – currently operating from an undisclosed location – leases these modular homes for $1,000 per month. It also intimates some hypocrisy in enforcement: While officials have already chased Boxouse away from two previous locations, San Francisco is insisting on the continued unlawful, residential use of a commercial building at 1049 Market Street, over the protest of its owner, amounting to what Andrew Zacks of Zacks & Freedman refers to as holding the building “hostage”.

While the future of Boxouse is uncertain, shipping containers are at least a step up in comfort from tents.

The San Francisco Business Times reports that the Richmond Council’s required second reading of the recent ordinance to enact rent control stalled this Tuesday. As the meeting had run for hours before the second reading, the Mayor insisted that the Council first pass a motion to extend the meeting past 11:30 p.m. – presumably relying on Robert’s Rules of Curmudgeonry. That motion failed, so the second reading is postponed. 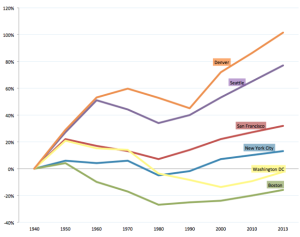 BeyondChron’s Randy Shaw takes exception to the conclusion of a recent op-ed by Gabriel Metcalf, president of SPUR. Metcalf draws a straight line from the 1980s to the present in San Francisco, indicting the progressive agenda, grown in this liberal microcosm, for ironically urging housing policies against its own long term self interest. “As the city got more and more expensive, progressive housing policy shifted gradually to a sad, rearguard movement to protect the people already here from being displaced.”

Metcalf sets this against a backdrop of a strong regional economy, with one of the “most powerful engine[s] of job creation in the country” located next door. And for that reason, he urges “A regional solution, in which all cities do their part to accommodate regional population growth [which] would be far more effective than trying to solve our affordability problems inside the boundaries of a handful of cities.” These days, the shortcoming of housing supply manifests in ways like San Francisco missing its affordable housing needs allocation by a mile.

Shaw, a lifelong advocate of the San Francisco progressive agenda, acknowledges the thoughtfulness of Metcalf’s analysis, but largely tracks two California state laws before attributing the problem to the California association of realtors. In 1996, the California legislature enacted Costa-Hawkins in response to the spread of vacancy control (which, at the time, was enacted in five California cities). Costa-Hawkins was implemented as a compromise, exempting certain kinds of units entirely, and other kinds of units under certain circumstances.

Shaw argues that a regime of vacancy control (i.e., a world where Costa-Hawkins never existed) would have had a more positive impact on housing affordability than, for instance, the production of all proposed housing units from the 1980s to present. (And, while the absolute price of those units would indeed be lower, this does seem to gloss over the anguish of fighting over listings, in a manner perhaps akin to vying for affordable and below market rate housing.)

The second state law is the Ellis Act, which Shaw interprets as an eroding of the rent-controlled rental housing supply (particularly pernicious in neighborhoods like North Beach and the Castro where few affordable housing units are being built). However, unlike, e.g., condominium conversion or certain demolitions, the Ellis Act does not actually eliminate rent-controlled rental housing, functioning more like a five-year “reset button” on the rental rate.

That said, the Ellis Act and Costa-Hawkins certainly belong in any conversation about San Francisco’s housing crisis, where tenancies preserved at the lowest rents under the aegis of Costa-Hawkins essentially become targets for Ellis Act withdrawals. If rent-control reform is a necessary step toward mitigating the housing crisis, Ellis Act evictions will go down as the prices of long-term rent-controlled tenancies go up.

Contra Costa Times is reporting that Richmond has implemented a rent control ordinance today, making it the first in Contra Costa County.

With rents climbing throughout the Bay Area, tenants in Richmond have been feeling the same squeeze of devoting a higher percentage of their income to rent as the more politicized stories in San Francisco and Oakland.

A last minute reversal by the Council’s swing vote landed in favor of rent increase limitations, a rent control board and a just-cause for eviction ordinance. The new law is set to go into effect on December 1st of this year.

San Francisco Business Times reports that at least ten homes last year sold for at least a million over asking in San Francisco (with another 19 meeting this mark between Santa Clara and San Mateo counties).

The Business Times attributes this to the confluence of low inventory and the recent influx of “funny money” (i.e., the wealth of overnight multimillionaires), leading many agents to adopt “a strategy of egregious underpricing”.

KQED reports on the impact of short term rental platforms, like Airbnb, on Berkeley renters. In addition to the constraints on housing supply for residents, at least one resident has had to hunt down the new codes to new his building’s gate (changed to accommodate Airbnb guests) from the property manager.

The article also notes that prices run the gamut from $700/night, for a house with pool, to $26/night, for a room in an apartment with UC Berkeley Students… which – speaking of the sharing economy – is actually cheaper than a Lyft back to the City after BART closes.

The San Jose Mercury News reports that the San Mateo County Board of Supervisors took steps away from considering instituting rent control in unincorporated San Mateo county, by deciding not to have county staff research how to go about creating a rent ordinance.