Last week, San Francisco approved enhanced relocation payments for tenants displaced by Ellis Act evictions. The ordinance resembles last year’s “Campos Amendment”, which sought to align relocation payments with rental rate differentials (i.e., the difference between what displaced tenants had been paying and what they would be paying on the open market).

In an effort to address the constitutional problems that led to the law being overturned last year, the latest modification to the Rent Ordinance caps the enhanced payment at $50,000 per unit, and only requires it where tenants to be displaced confirm that they will use the enhanced relocation payment for housing related expenses. 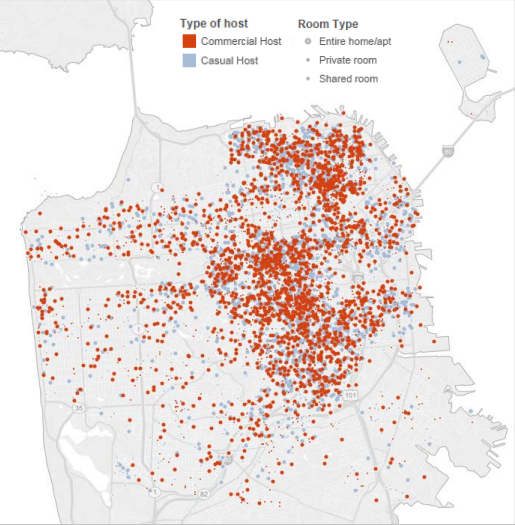 Curbed SF reports on the impact of Airbnb-dedicated rental units in San Francisco, based on a report prepared by the San Francisco Budget and Legislative Analyst’s Office. While only (roughly) 925 to 1,960 units are being kept off San Francisco’s rental housing market, the fact that only 8,438 units were vacant (in 2013) suggests that this actually imposes a significant impact on available housing supply (and prices).

San Francisco Business Times reports that Supervisor Kim is in the process of drafting new legislation that would discourage evictions by imposing rent control on newly vacated units.

Costa-Hawkins already imposes “vacancy control” in the event that a tenancy is terminated following a “notice of rent increase” or a “notice of termination of tenancy” – the former discouraging abusive rent increases designed to obtain vacancy, rather than market rent, and the latter disincentivizing the termination of long-term rent-controlled tenancies. (Legislative intent is unclear on this point, but this language seems to have been to ward off a wave of landlords terminating grandfathered tenancies as Costa-Hawkins was coming on-line in the late 1990s.)

Supervisor Kim’s proposal, on the other hand, is more likely aimed at addressing the increasing number of evictions based on breach of contract and “nuisance behavior”, which skyrocked in the last year for which the Rent Board published data. Her legislation would presumably impose the same kind of “vacancy control” restrictions that Costa-Hawkins itself contemplates.

However, even if her proposed legislation passed, it is not expected to stay on the books for long. Costa-Hawkins was enacted, in part, to prohibit “vacancy control”, where cities would register rental units and impose rental rate restrictions, even when a newly vacated unit was placed on the open market. This deregulation applies, “notwithstanding any other provision of law“.

At least one other law “withstood” this plenary language. The court in Apartment Association of Los Angeles County, Inc. v. City of Los Angeles found that Costa-Hawkins did not repeal provisions of the Ellis Act allowing cities to restrict rental rates of rental units that were re-rented after a landlord “went out of the rental business”. However, the Ellis Act is state law, on equal footing with Costa-Hawkins. It is unlikely that a court would allow municipal law to carve out its own exception in an area already expressly governed by state law. 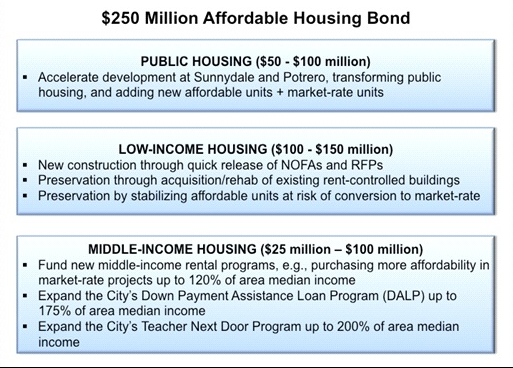 How hard is it for San Francisco’s middle class? This November, Mayor Ed Lee will ask San Francisco voters to decide whether the City should issue a $250 million dollar “Affordable Housing General Obligation Bond”, where as much as $100 Million would go toward directly subsidizing the production of “middle class” apartments (units for households making between $100,000 and $140,000 per year).

The City already has a patchwork of other tools in its Inclusionary Affordable Housing Program, including the Downpayment Loan Assistance Program, which provides downpayment loans to middle class residents, the overseeing of Below Market Rate units, and the Small-Site Acquisition Program, which actually purchases multiunit residential buildings to preserve affordable housing stock (generally in response to Ellis evictions and “tenancy-in-common” conversions).

This bond, if successful, would allocate funds toward subsidizing “middle income units”, where “the city would pay about $150,000 to $200,000 per unit to restrict them at moderate-income rents for perpetuity”, as reported by the San Francisco Business Journal. No word yet on whether the process of renting one of these restricted units would be any less laborious than the process for renting below market rate housing.

Curbed SF reports that Bayview residents are rallying to extend the Mission’s proposed market rate housing moratorium to Bayview, the logic of a moratorium being all the more alluring to a community that saw a 75% increase in home values between 2010 and 2014, to the Mission’s 63%.

Supervisor Campos champions his proposed moratorium as a mechanism to slow gentrification in the Mission. However, as Grace Martinez of the Alliance of Californians for Community Empowerment urges, “If you do a moratorium in the Mission, they’re just going to build in the Bayview, so let’s protect our neighborhood as well”. That said, if Bayview were to successfully withstand the momentum of development deflected off of the Mission, one wonders which neighborhood would be up next.

Meanwhile, Supervisor Weiner continues to confront the concept of a moratorium generally, noting that such agendas undercut the City’s inclusionary housing program. See his recent post at Medium.com.

SocketSite reports that San Francisco landlords, who used the Ellis Act to remove rent-controlled tenants, and who subsequently used their property for Airbnb – in a glorious double-violation of both the Residential Unit Conversion Ordinance and the Rent Ordinance – settled a lawsuit filed by San Francisco City Attorney Dennis Herrera for $276,000.00. 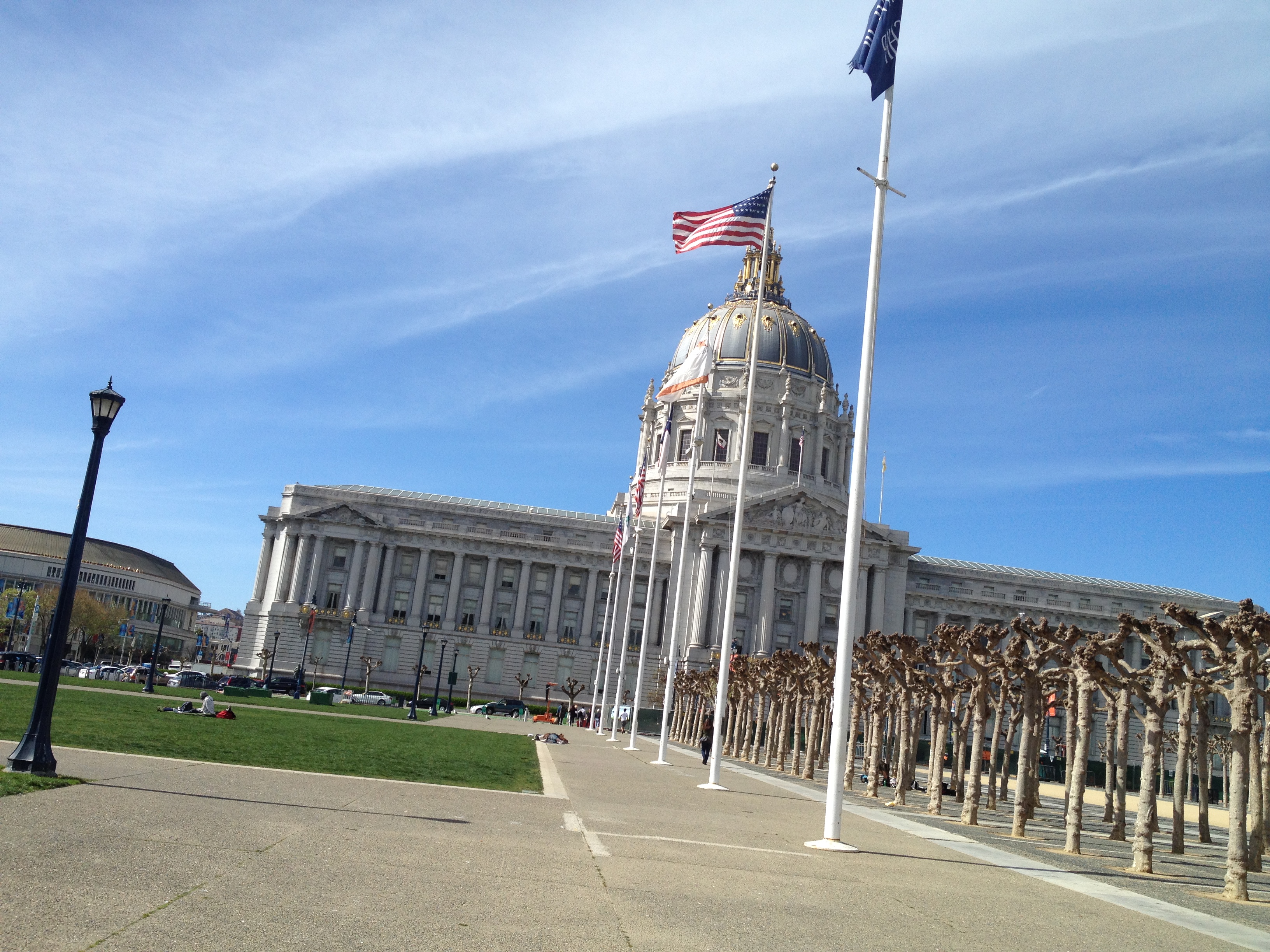 The SF Examiner reports that Supervisors Mark Farrell and Scott Weiner have requested an economic evaluation of the impact of Supervisor Campos’ proposal to stop market-rate housing developments in the Mission. In response, Campos requested a 45-day moratorium, which he urges will have no economic impact. Weiner has previously expressed his disapproval of Campos’ proposal.

SocketSite reports that Supervisor Christensen has proposed an “eviction early warning system”, which may help when the Mayor needs to declare state of emergency in response to evictions.

Supervisor Campos is receiving a lot of press lately for his unconventional position that may be heading to the ballot this November. In an effort to mitigate displacement of rent-controlled tenants in the Mission District, and address the SF housing crisis generally, he is aiming to impose a moratorium on market-rate housing developments in the Mission.

According to the San Francisco Business Times, Campos and his camp have a counterintuitive view of the affect of market-rate housing in the Mission. Of course more housing means less pressure on pricing. But they say “demand for housing in the Mission is so high that increasing supply will never push down prices. It only raises property values near new development, ripening the appetites of developers looking to make a bundle from developing more high-end condos and apartments”. In other words, gentrification is a domino effect.

Campos has plenty of political momentum on this issue. The SF Examiner reports 65% voter approval for a one-year moratorium, based on a recent poll. Last week, a mob of supporters flooded City Hall to demand a dialogue with Mayor Ed Lee, and apparently wanted him to declare a state of emergency to halt evictions in the Mission.

Even with all this energy, Campos’ measure could have a branding problem at the ballot box: he’ll need to convince all the voters who don’t live in the Mission that less housing means lower prices. This is a difficult task, to be sure – especially when his own colleague, Supervisor Weiner, thinks “his moratorium is an awful idea”.

Economics aside, the goals of this effort may also a bit ironic. Existing development policy generally requires builders to create a certain number of inclusionary units. While Campos hopes the moratorium will buy time for the Planning Department to modify its inclusionary housing policy, others, like Edwin Lindo of the San Francisco Latino Democratic Club, apparently envision a market solution to emerge from the frozen market: “Our goal is not to stop all development. Our goal is to stop incredibly large development that focus exclusively on market-rate housing . . . We need a pause to ensure that if developers are going to build in our city they’re going to figure out a way to build affordable housing, even if that could be cutting into their 15 to 20 percent profit margins”.