Curbed SF reports on the latest rental rates in San Francisco with a color-coded chart showing rental rate “hot zones” (although, even the green areas are… impressive). The article notes that median rental prices are now $3,600, up from $3,023 last year. For convenience, the most recent “Curbed Comparisons” is roughly in that price range.

SocketSite reports on new legislation to close an eviction “loophole”.

In an apparent response to stories like the “rent increase heard ’round the internet” from last March, the City has drafted legislation to require conditional use authorization before landlords can “remove” in-law units by merging them into the adjacent single family home (which has the effect of rendering the entire property “alienable separate from the title to any other dwelling unit” and exempt from local rent increase limitations under Costa-Hawkins).

The San Francisco Business Times proposes five strategies for San Francisco to increase the amount of affordable housing in the Mission – once Supervisor Campos’ “Mission Moratorium” (presumably) fails to pass.

San Francisco Business Times digests the latest report from Zillow.com, which put data to the common refrain that the Bay Area is in the midst of a “rental crisis”. The report notes that rents have “galloped past” home values this April. In particular, while homebuyers spend about 15 percent of their income on house payments versus 30 percent on rent, nationally, San Francisco homebuyers spend about 39 percent to renters 45.6 percent of income on housing.

SocketSite reports a jump in the price of Bay Area single family homes and condos, according to the S&P/Case-Shiller Home Price Index. It also tracks this data against the last home price peak.

Sometimes alliteration works better as a phoneme. And sometimes businesses acquire office space in San Francisco, at low rates, that they can sublet in a rising market. However, the San Francisco Business Times hasn’t yet taken a position on whether this is an “indicator that the city’s businesses aren’t doing as well as they expected”. 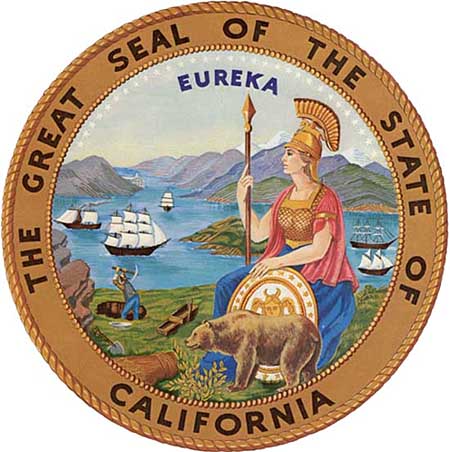 KQED reports that California State Senator Mark Leno has abandoned his recent attempt to “overhaul the Ellis Act” to ease displacements in his Senate District. His proposed amendment would require landlords to own the rental property for five years before seeking to exit the rental business. This April, SB 364 failed to pass by a narrow margin, despite having the support of Mayor Lee and the San Francisco Board of Supervisors.

Leno’s bill aimed to curtail the use of the Ellis Act by real estate speculators, and while groups like the San Francisco Association of Realtors have committed to work with Leno to find a middle ground, critics believe the proposed change would have merely encourage existing owners to “clear out” rental units before selling. That said, Leno’s bill was only one vote shy of making it out of the Transportation and Housing Committee this time, and he is expected to try again this January.

Curbed SF digests Zillow and Zumper reports to confirm that San Francisco rents are still increasing, but comforts us with the knowledge that rents are increasing faster in surrounding cities. 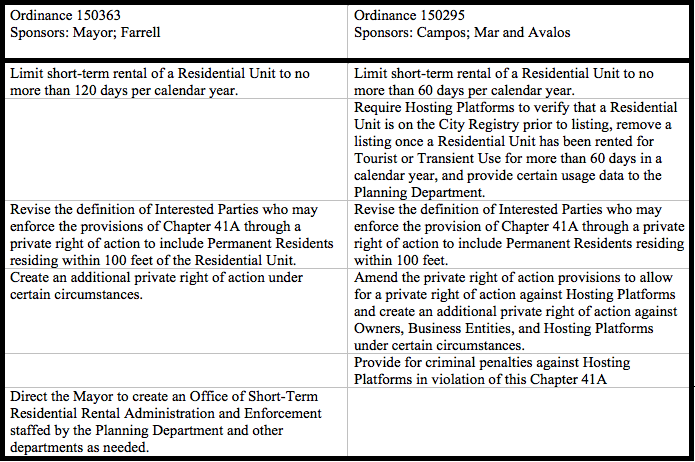 The use of Airbnb in San Francisco is becoming increasingly politicized in San Francisco. Earlier this year, the company paid a (somewhat voluntary) hotel tax, believed to be $25 million. However, while Airbnb’s CEO has urged that hosting has a de minimis impact on rental prices, a recent report by the Budget and Legislative Analyst’s Office suggests that the effect of the several thousand diverted units is significant.

Two proposed amendments to the current law governing short-term rentals are competing to address the problem.

As compared to the current law, the version sponsored by Mayor Lee actually increases the allowable number of hosted days per year. Both versions seek to increase enforcement of the regulations, for example, by creating private rights of action and expanding the definition of “interested parties” who may sue to enforce. The main difference in enforcement is that the version sponsored by Supervisor Campos would put the burden on the hosting companies themselves, whereas the Mayor’s would create an Office of Short-Term Residential Rental Administration and Enforcement, specifically tasked with enforcement, which would take pressure off of the Planning Department.

Last week, San Francisco approved enhanced relocation payments for tenants displaced by Ellis Act evictions. The ordinance resembles last year’s “Campos Amendment”, which sought to align relocation payments with rental rate differentials (i.e., the difference between what displaced tenants had been paying and what they would be paying on the open market).

In an effort to address the constitutional problems that led to the law being overturned last year, the latest modification to the Rent Ordinance caps the enhanced payment at $50,000 per unit, and only requires it where tenants to be displaced confirm that they will use the enhanced relocation payment for housing related expenses.