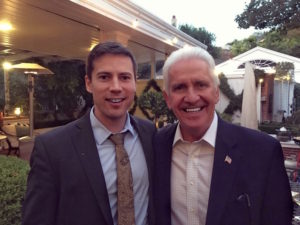 Representative Costa, now advancing California’s interests in Washington, gave an insightful presentation on the political climate beginning with the adoption of rent control in the early 1980s leading up to the passing of Costa-Hawkins. He also discussed AB 1506, the recent legislative effort to repeal Costa-Hawkins, and political strategies on fighting repeal efforts at the ballot.

The event was sponsored by the Berkeley Property Owners Association and the East Bay Rental Housing Association.